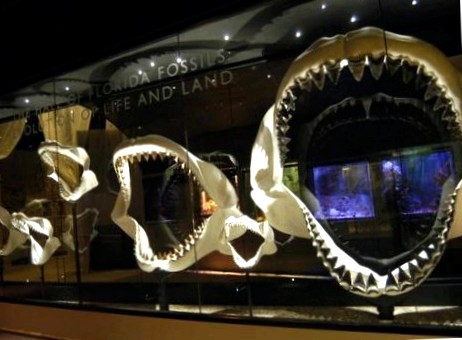 Not climate, but lack of prey and competition have led to the extinction of the ancient giant shark megalodon, researchers say.

Scientists at the university of zurich have been unable to find a link between fluctuating temperatures and the extinction of the up to 18-meter-long predatory fish, as they report in the journal of biogeography. Using data from 200 finds, catalina pimiento’s team calculated the distribution and population of the species that emerged 23 million years ago and died out 2.6 million years ago.

Carcharocles megalodon was probably the coarsest shark that ever lived – about three times as coarse as a modern-day female shark. "The changing climatic conditions do not seem to have had any effect on the population density and on the range of the giant sharks," palaontologist pimiento explained, according to the release. This has often been cited as a reason for extinction. In cold periods, however, the stock has not shrunk, in warm periods the shark has not spread.

However, at the time of the decline, many sea mammals disappeared, which he probably fed on. In addition, competitors for the scarce food had appeared, such as predatory whales and the ancestor of the white shark. However, the reasons for the extinction of the megalodon still need to be researched further, the scientists note.