Decompression sicknessAlthough diving accidents are fortunately very rare, it is important to know the relationships that contribute to their occurrence. This is the only way to keep the risk of a deco-incident low through targeted measures, to recognize early signs and to initiate sensible treatment in good time.

Decompression illness (DCS) refers to all conditions that result from an excessive accumulation of nitrogen in the ties. The cause is the formation of gas bubbles, which occur during the decompression phase (i.e. during ascent) and after the dive at the surface. We distinguish mild symptoms from severe symptoms of DCS. Nowadays, all complaints that go beyond unusually severe fatigue and skin itching (called. "diver's fleas") are considered signs of severe decompression illness.

Since gas bubbles can develop in different ties, different symptoms occur. Decompression sickness of the skin results in bluish-red discolorations that look streaky or blotchy ("marbled") and are often painful. They occur especially over fatty parts of the body, such as the abdominal skin, the flanks, the upper arms or the thighs. In women, the breasts may also be painfully swollen. DCS of muscles and joints manifests itself in pain, especially of the large joints, i.e. shoulders, hips or knee joints. Often the pain occurs on both sides. Typical is a cutting or tearing permanent pain of the affected joints. A large amount of bubbles in the blood vessels leading to the heart can impede blood flow to the lungs. Affected divers complain of shortness of breath.

Air bubbles can form directly in the nerve tie, but can also be carried by the bloodstream into the arteries of the central nervous system, where they cause symptoms similar to those of a stroke. In this case various neurological deficits are possible. These range from symptoms of dizziness, often accompanied by nausea and vomiting, tingling sensations in the arms and legs, hemiplegia or paraplegia, drowsiness to unconsciousness.

Since most of the air we breathe consists of nitrogen, every dive saturates the ties with this gas, which is completely harmless at the surface. The amount of nitrogen absorbed into the ties depends on various factors. According to Henry's law, gases dissolve in liquids. In the process, the higher the prere under which the gas is released, the more gas is released. This process takes some time. For us divers, this means that the longer and the deeper we dive, the more nitrogen is dissolved in the blood. Nitrogen enters the ties through the blood, and the more blood flow, the faster the ties absorb the nitrogen.

Different ties can absorb quite different amounts of nitrogen before they are "saturated". When surfacing, the different ties therefore release the nitrogen at different rates. Since each diver differs from the other in terms of body composition and fitness (and thus blood flow to the individual ties), but also certain pre-existing conditions and risk factors, each individual has an individual risk of suffering a DCS. In addition to infections and febrile illnesses, chronic diseases such as diabetes, high blood prere, severe obesity or hyperthyroidism strongly influence nitrogen uptake. Other risk factors can be smoking or excessive alcohol consumption the day before, lack of fluids, older age, stress, fatigue, but also (petty) injuries, sunburn or a more severe muscle soreness. In short, each diver differs in individual risk! And this is then also dependent on the form of the day. No dive computer in the world can take these factors into account as it will not give you -. Thus your individual factors – not known! Here it makes sense to adjust the settings of the dive computer ("conservatism" or "microbubble level") to the own, individually different risk. At the same time, one should definitely take a (self-)critical look at one's own risk factors.

In addition, besides the duration and depth of a dive, other dive-specific factors also influence nitrogen uptake: Physically and emotionally demanding dives, for example, a dive in strong currents or under stress, favor the accumulation of gases in the ties. Of course, the dive profile, the number of repetitive dives and the length of the surface interval between dives as well as the breathing gas used also play a role.

The speed at which the nitrogen is released again depends on several factors. The more nitrogen absorbed in a tie and the faster the drop in prere (i.e.: the faster the rate of ascent), the greater the supersaturation of the ties. The better a tie is perfused, the faster the nitrogen is released into the blood. However, nitrogen release does not end when it reaches the surface: The slower ties (i.e., those with poorer blood flow) continue to release nitrogen for many hours after the dive ends, so the amount of gas bubbles circulating in the body is highest about two hours after a dive. These bubbles are retained in the pulmonary capillaries like in a large filter and slowly decrease in size as nitrogen escapes from the bubbles and is released through the alveoli with respiration. Large amounts of bubbles can block the pulmonary airway and cause shortness of breath. This puts a lot of strain on the cardiovascular system. To relieve the heart, short-circuit connections can open in the lungs. 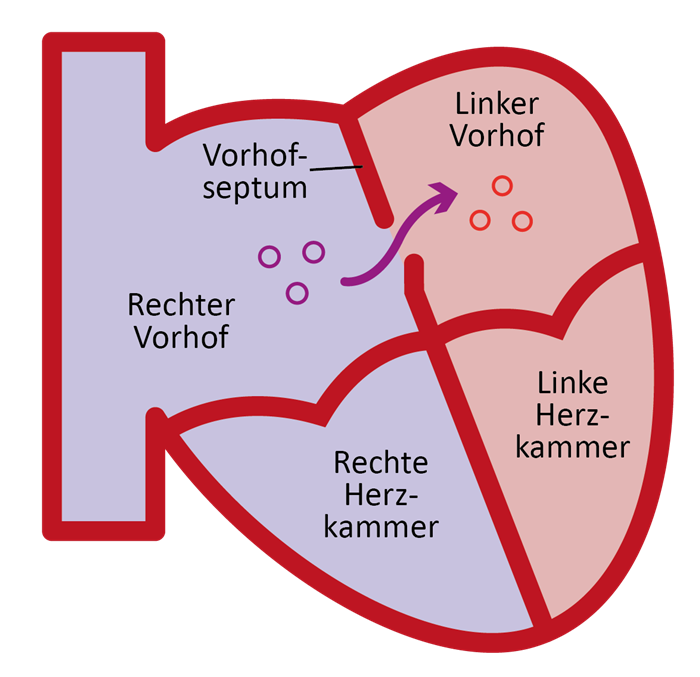 Gas bubbles can pass through these so-called "lung shunts" into the systemic circulation, where they can lead to circulatory problems in the ties. Depending on where this happens, very serious clinical pictures can develop, such as a stroke-like clinical picture, a so-called arterial gas embolism in the brain. The persistent foramen ovale, a hole between the atria of the heart, which is a remnant of the embryonic circulation and is present in about one in three to four adults, can also cause bubbles to pass from the veins into the arteries.

Unlike a few years ago, diving medicine today ames that gas bubbles are also generated during every dive. How many depends on individual. Dive specific factors from. The only 100% sure way to avoid decompression sickness is not to go diving! However, the risk can be significantly reduced by sensible behavior before, during and after the dive.

Before diving, every diver should critically assess himself, his state of health and fitness, but also his stress level and fluid balance. Am I physically fit enough for the planned dive? Am I trained well enough. Is my equipment suitable? These questions can help reduce stress during the dive itself. If in doubt, it may be better to plan the dive more conservatively or even skip a dive sometimes. Optimal preparation also includes the individual setting of the dive computer and the choice of the right breathing gas. The use of nitrox can help reduce the amount of nitrogen that accumulates in the ties during diving. In order to gain safety, it is important to note that the dive computer must NOT be set to nitrox, but to compressed air. Otherwise the no-decompression time will be calculated on the basis of the lower amount of nitrogen and will therefore be significantly longer. A correspondingly longer dive with nitrox would thus have the same DCS risk as a shorter one with compressed air.

During the dive, each diver should be responsible for sticking to his or her own plan. If necessary, this can be discussed with the dive guide beforehand (z. B.: "I'm not that physically fit, so I'd rather dive a little shallower"). Yo-Yo profiles, i.e. diving down again after the beginning of the ascent, should be avoided urgently. In any case, it is important to control the rate of ascent. The shallower the dive depth becomes during ascent, the greater the relative decrease in ambient prere; therefore, at the end of the dive, one should ascend very slowly on the last few meters, even after the safety stop! Of course, prescribed safety or even decompression stops must be observed. In this case, it does not hurt to extend them a little more, especially in shallower areas.

Even after a dive, there are many things you can do to reduce the risk of decompression sickness.

Since everything that increases blood flow to the ties leads to an accelerated release of nitrogen, one should not expose oneself to strong heat in the first hours after diving. As tempting as it can be to get out of the water frozen through: Directly after diving, sunbathing, hot showers or even going to the sauna are taboo! Sports or massages should also be avoided shortly after a dive. A firm recommendation, how long the break should be, does not exist thereby. Time also depends on body composition, duration, depth, and exertion during the dive, as well as many individual factors. Light exercise is best done in the morning before diving, but do not aim for peak performance and avoid heavy fluid loss. You should save the sauna for a non-diving day. Alcohol, by the way, also promotes tie perfusion by widening the blood vessels. The "deco-beer" should therefore also only follow the dive after a certain break.

Since each of us, under certain circumstances, has short-circuit connections open in the lungs through which bubbles can enter the arterial circulation, immediately after diving, while the bubble load is high, one should avoid those activities during which the prere in the chest increases. This is especially the case with heavy lifting, but also with coughing, pushing, inflating air mattresses and the like. Occasionally, a strenuous entry into an inflatable boat can also lead to an increase in prere within the lungs. Often a simple solution can be found here: diving is a buddy sport after all! Many strenuous activities, such as carrying heavy equipment, are much less strenuous when done in pairs, and therefore only lead to a smaller increase in chest prere. In this way, the transfer of nitrogen bubbles from the veins into the systemic circulation can be significantly reduced.