There are diseases that are not noticeable at first glance. One of them is diabetes. The problem is that when a diabetic is unwell – for example, due to elevated blood glucose levels – friends or colleagues are often unable to understand why, because the person affected is not outwardly noticeable. llka Gdanietz is a type I diabetic and tells us what it means to live with an "invisible" disease.

Plain text. In general, I find that you can live with diabetes pretty well today. There are now all kinds of technical possibilities that enable us to make everyday life with the disease more pleasant and more easy peasy. But we all know diabetes goes way beyond blood glucose testing and insulin shots.

Sometimes, when I walk through the streets, I wonder how many diabetics are in my environment (I admit, sometimes I find myself staring at people's asses just to see if there is an insulin pump in their pockets). In most cases, however, they are cigarette packs. Not much better either). Or I wonder how many people are on the road with diseases that you can't see. Like diabetes. Diabetes is invisible. And that's what makes it so hard for the outside world to understand what it actually means to live with diabetes.

High blood sugar levels make me feel like I've thrown up. This inner exhaustion, hammering in the head, unbearable thirst, sluggishness … just a shitty feeling and a situation in which I often just long for my bed and a cap of sleep. Outwardly you don't notice it at all, or hardly at all. Except maybe people who know me well. But maybe also a little bit because I have learned over the years to cover it all up. Diabetics are masters in covering up. In such a moment to say, one does not feel well, or can this& Not doing it right now because you're not feeling well is often met with incomprehension. After all, you look dazzling. In the worst case, you are also accused of not telling the truth … All of this has already been experienced.

Bad blood glucose readings, especially hypoglycemia, don't really care when they come by. Apart from the fact that you can't use them at any time, they like to drop by at night. Nightly hypoglycemia is like a ten-kilometer run with a final sprint for my body. Doable, but untrained quite exhausting and energy-sapping. An unattractive body feeling and having to eat in the middle of the night even though you're not hungry … sucks! I find it hard to fall asleep and the night is interspersed with periods of sleep and wakefulness and sometimes nausea and abdominal pain. The morning after such a hypo night I can usually bend. It is often difficult for me to describe this feeling for people with still functioning pancreases. It's kind of like being sick. A mixture of a mild flu, with a shot of circulation and a splash of hangover. Like this. Even if the blood sugar has long since returned to the normal range. But outwardly you can't see this night on me.

Diabetes never goes to plan and there are good days and bad days. Like Bad Hair Days. Just Bad D-Days. The bad ones are especially frustrating for me when I just don't have a solution to the problem, or have a solution but it doesn't have any effect. Having diabetes is one thing, understanding it is quite another. And even after more than 25 years it is often an inscrutable something for me. To constantly rack one's brains and possibly also have the feeling to do everything wrong or to be too stupid or simply to be a bad diabetic can often be quite exhausting.

Thinking about things that are completely normal for others

This is specifically about eating and drinking. Not whether I am allowed to do something or not. Because diabetics can eat anything. It is a matter of brainwork. While it is completely normal for metabolically healthy people to help themselves to the buffet according to desire and mood, to snack here and there, simply to eat when and as much as one feels like, in my head the large arithmetic begins. How many carbohydrates does this and that have?? Do I still have active insulin in me? Did I exercise or still plan to exercise in the next few hours? Will I eat it all now or in stages? Which bolus type is the right one? Normal, dual or delayed? Do I still need extra insulin for fat and proteins?? And and and … And if one has then also still crooked BE factors, cheers meal! Diabetes is mental work. Every day and every bite. 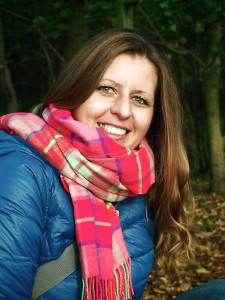 llka Gdanietz has had type I diabetes since childhood. At the time, she was still handling disposable syringes to measure blood glucose on her finger in the traditional way. Today she wears a modern insulin pump. On "My Diabetes Blog" she reports together with her friend Finn Koster (he is also type I diabetic) about how they deal with the disease. This post first appeared on My Diabetes Blog.