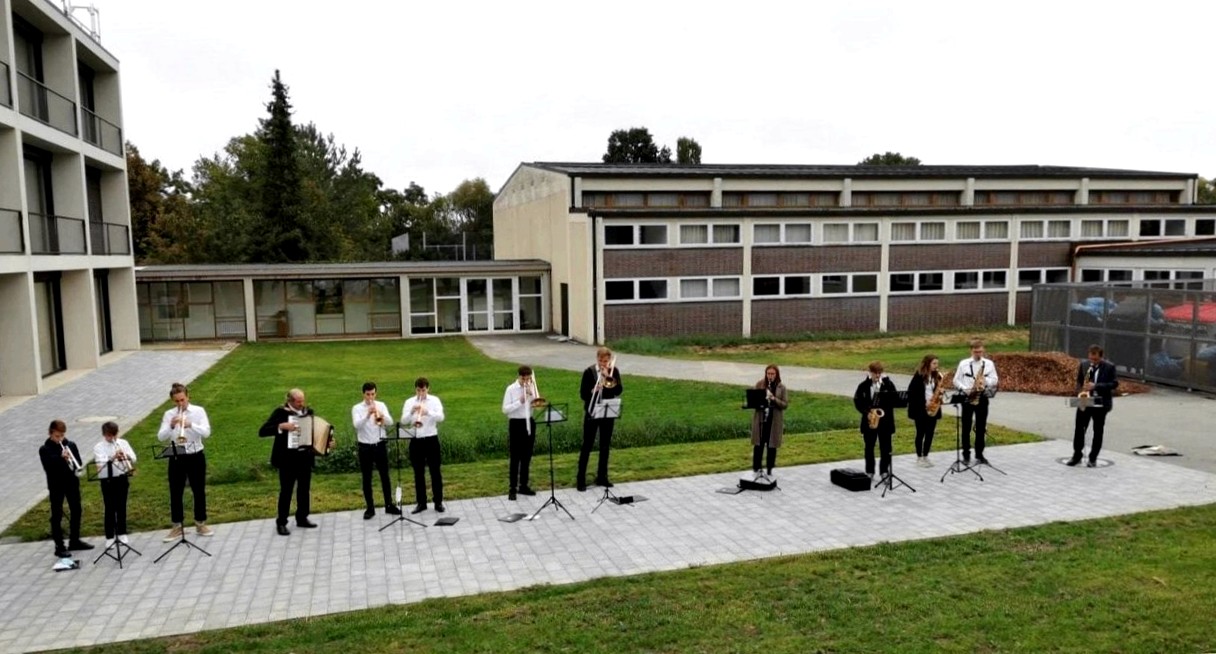 "If the lord does not build the house, all who build it moo in vain" – this verse from psalm 127 was the focus of abbot michael reepen’s speech at the inauguration of the first construction phase of the general renovation of the egbert high school in munsterschwarzach. In front of invited guests from politics and the school system, the so-called "D-building" was presented to the public handed over to his destiny with a ceremony, says a statement from the school.

Principal markus binzenhofer buried the guests in the renovated dining hall, whose building substance could be preserved. Thus, in the awareness of a long benedictine tradition, new paths are being taken, not least in the area of digitalization. Binzenhofer explained that in the first weeks of school, the dining hall was used not only for lunch, but also as a study hall in the afternoon the school will serve as a learning center, in which the students will repeat the material of the previous school year independently and with supervision, using wifi and the new ipads.

Cellerar pater christoph, who is responsible for the financing of the over 30 million euro project, emphasized that the abbey is taking a pioneering step into the future with the general renovation. He thanked the state of bavaria, which is paying half of the required costs, and the wurzburg diocese, which is also contributing roughly to the financing, according to the press release.

In the words of architect reinhold jacklein, the main aim was to combine tradition with modernity. Thus, some elements, such as stained glass or the staircase, were preserved. The walls were torn down, the building was widened on both sides and balconies were added, creating bright, spacious classrooms. The installation of an elevator has made the D-building handicapped-accessible and barrier-free. Jacklein thanked all the companies involved, the approval authority at the district office, the janitor team and art teacher tanja seger, who developed a signposting system.

Numerous schoolchildren took part in the ceremony to inaugurate the D-building. In addition to the thank-you speech by the school representatives emelie melchert and tina wirsching, there was also a cultural supporting program. Thus the visitors were treated to a "balcony concert by the brass music of the "schwarzier buam" buried. During the event, felicia weidt first performed solo on the piano, then later together with soprano johanna pichl. The upper school choir under the direction of mechthild binzenhofer and pianist johanna fackelmann provided the musical accompaniment, according to a final statement.