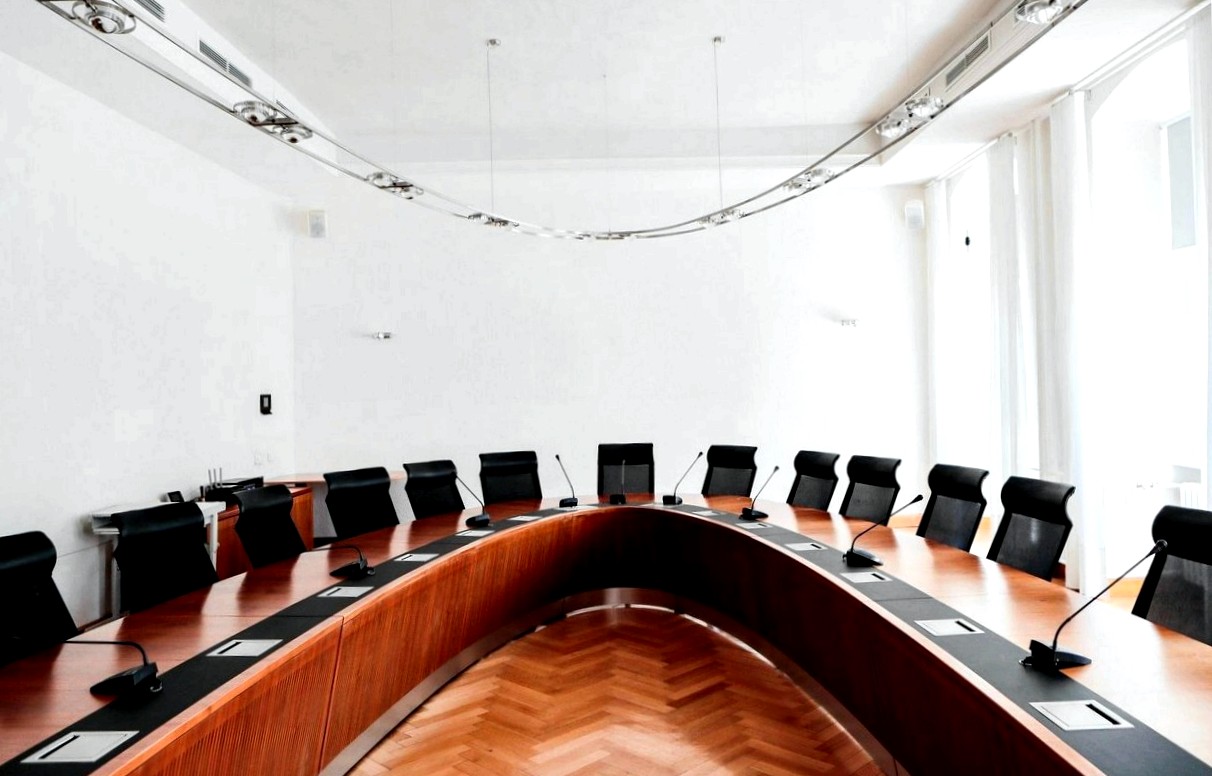 He is one of the few contemporaries who still experienced the nazi years in bamberg himself. With deportations of jews, the incarceration of dissenters up to the imprisonment of innocent city councils. Unlike other bamberg residents, andreas stenglein (91) isn’t crying over the dismissed bayerlein managers. On the contrary, the long-serving SPD politician and former mayor of gaustadt feels vindicated by the iconoclasm approved by a green-red majority: "images of a man who was personally awarded the title of professor of painting by hitler in 1939 and who still said after the war that he ‘would not become a democrat’ have no place in a meeting room."

But of course, the banishment of an artist loyal to the nazis raises new questions. What is to be done now with the weiben wanden? Can the void left by bayerlein be replaced by other, better or even more democratic images?? First ideas already exist. So shortly after the city hall decision, the well-known bamberg artist cleff III. A view of bamberg, which is currently still on loan in a doctor’s house, is a good example of this. The accusation of romanticizing idealization can be cleff III. With his bamberg silhouette at least do not make. In contrast to the yellow of the centuries are blue trees, which grow wildly over the scene.

Martin lorber also makes an interesting suggestion: "bamberg needs a replacement", the chairman of the "schutzgemeinschaft alt bamberg" formulates and proposes to commission an artist from bamberg to create two appropriate rough pictures at the turn of each year. Lorber wants "something with a connection to the city". The less focussed parts of the city could also play a role, the history of the city or a vision for bamberg’s future.

Until the first meeting of the culture senate after the summer break, the new culture officer ulrike siebenhaar still has time to develop a kind of art policy vision of how to deal with the bayerlein affair in bamberg city hall. This begins with the design of the meeting hall, continues with the question of how the reappraisal of the art of the nazi era can be accomplished without gross costly changes, and extends to the ironclad renaming of the fritz bayerlein path. Siebenhaar is still in good spirits that he will be able to set accents with the placement of such an exhibition in one of the city’s important properties.

In any case, there is no lack of bayerlein pictures that could be shown in such a show. After all, through the bequest of the artist, who died in 1955, the city has come into possession of more than 200 paintings, which are largely unknown to the general public and lie dormant in the city’s depot (see also article below). They are not to be sold, the artist has stipulated this in his will.

And that also speaks for an exhibition: unlike 20 years ago, many questions about bayerlein’s life and work have been answered since the city’s local historian andreas dornheim conducted a comprehensive study of the artist, who, as he wrote in 2017 for the historical association, was a "romanticizing landscape painter, anti-modernist and national socialist of the first hour," says culture officer siebenhaeuser siebenhaeuser. The historian’s conclusion is unmistakable: "the pictures are conservative, convey a homely feeling, are characterized by pre-modern elements, but they do not represent nazi art in the strict sense. "

But how does an appropriate reappraisal of art from the nazi era, which is not nazi art, work?? The bamberg-based art historian manfred P. Fischer argues that they should not be suppressed or shamefully disposed of, otherwise "much more of our historical surroundings would have to be turned upside down in bamberg as well". His recommendation is twofold: "you have to remember, but not just to accuse, but to learn, otherwise you’re just basking in your supposed exemplary status."

The people of bamberg can find out what this means in concrete terms by visiting the main cemetery. The cemetery path there leads interested visitors to the graves of deserving citizens of mitburg, but does not conceal the graves of deceased persons with a nazi past, such as fritz bayerlein or NSDAP functionary lorenz zahneisen. "Dealing with the nazi era was important to us", says thomas steger of the cemetery office.

And what will become of the meeting hall? "Many ideas have already been received as to what should take the place of bayerlein’s pictures", says cultural officer siebenhaar. However, she does not see any compelling need to fill the space quickly in any way. "The white walls in the meeting room are looking great."