Smallholder farmers around the world in particular are expected to benefit from the app to avoid crop failures. 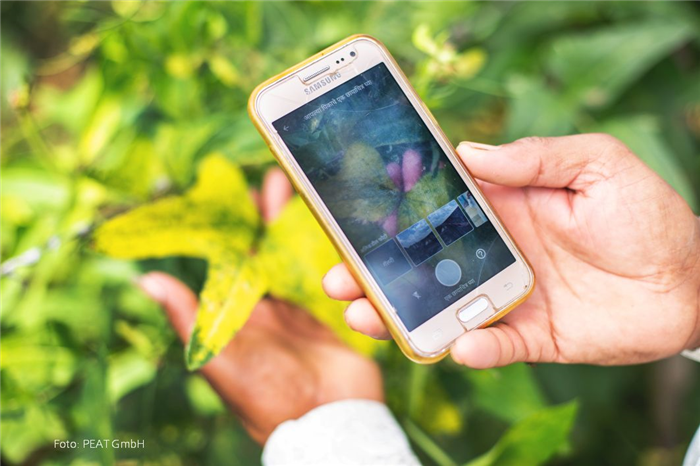 Download the app "Plantix – Your plant doctor" for free and take a picture of the plant. An artificial intelligence analyzes the photo and determines what disease the plant has. The users then receive tips on what they can do.

You can have especially such plants examined, which are the basis for food: Cucumbers, tomatoes, potatoes, chickpeas, but also rice, soy or cotton.

The app is currently available for Android smartphones and in 18 languages, including English but not German. "That's because we are primarily internationally oriented and, for cost reasons, our focus is on other languages," explains Pierre Munzel, chief financial officer and co-founder of Plantix in an interview with good news for you .

For whom is Plantix intended? 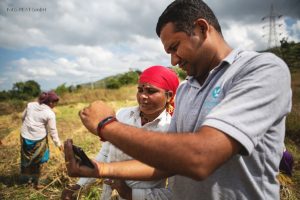 The app is mainly aimed at smallholder farmers. More than one million people worldwide use it, over 80 percent of them from India. The background to this is the increasing demand for food, which small farms in particular are expected to meet. With the help of the app, they can detect pests early and thus avoid crop failure. Nevertheless, amateur gardeners* are also invited to use the app.

How safe are the analyses?

According to Plantix, the app is not prone to errors. Community tips. Assistance. With this swarm knowledge we help where AI reaches its limits."

Behind Plantix is the start-up company PEAT GmbH. Head of the team is geographer Simone Strey. The team takes care of app development, administration or marketing, among other things. Peat also works with internal and external plant experts, for example from universities.

The app is free. "We are financed on the one hand by private investors, and on the other hand by a licensing system: that means we sell rights to use our database," Pierre Munzel explains to us.

The app is well received!

In 2017, Plantix won the 50.The app received the Cebit Innovation Award, which is endowed with € 000. The prize is awarded by the German Federal Ministry of Education and Research and Deutsche Messe AG.