Can you drink tap water?Many wonder whether tap water can be drunk without hesitation as an alternative to mineral water. We show why it is harmless and ecologically sensible at the same time. 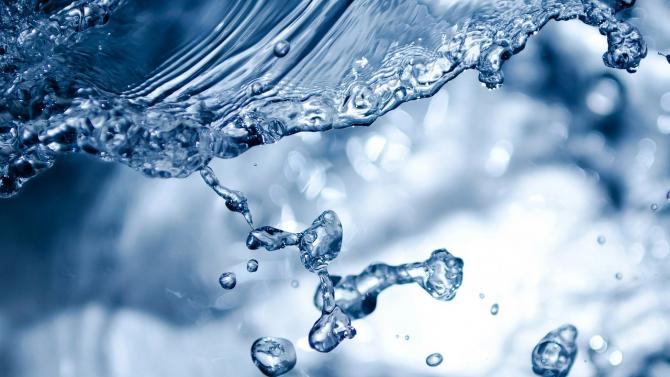 – Tap water is an ideal thirst quencher. It is of very good quality everywhere in Germany. Provided there are no lead pipes in the house, you can drink it without any problems. – Tap water is about 100 times cheaper than bottled water and is delivered directly to the customer's home. – The climate impact of mineral water in Germany is almost 600 times higher than that of tap water. – Always let the water run until it is cool from the tap before using it for drinking. Then it is fresh.

Drinking water is the number 1 food. For people to safely drink tap water, it must be free of contaminants and pathogens. This is why groundwater, reservoir water and river water are first turned into drinking water by various treatment processes in the waterworks. Where rivers flow past cities, household chemicals and medicines also get into the water.

But that doesn't necessarily make drinking water sourced from rivers any worse. Because the quality of tap water is specified by the drinking water ordinance. The health authorities monitor that the limit values are complied with. Even substances without their own limit values may not be present in any quantity. For them there is the "Health Orientation Value" (GOW) of 0.1 micrograms per liter of water. The Federal Environment Agency has determined after an evaluation of all official drinking water analyses between 2014 and 2016: Tap water in Germany is of very good quality throughout the country.

Tap water is an ideal, calorie-free thirst quencher! Drinking water is a valuable foodstuff. Can cover the liquid need excellently. From the tap, the water is about 100 times cheaper than purchased mineral water and just as recommendable. Avoiding the production and transport of mineral water bottles in this way also reduces the burden on the environment and protects the climate.

Drink enough? Do the check in the guide "Weight under control – because who drinks enough, increases his well-being, prevents headaches and lack of concentration. The guidebook shows with 10 simple approaches, how well-being, weight and health can be positively influenced.

Water that has been in the pipes is no longer fresh. Long stay in the line favors a possible germination. The transfer of substances from the faucets. Water for drinking or cooking should therefore always be run until it is cool from the tap. It can last up to 30 seconds. The first gush of water in the morning or after a vacation can be used for watering flowers, rinsing or cleaning.

The environmental balance of drinking water

Unlike many other foodstuffs, the transport costs for mineral water – and also soft drinks – have a much greater impact than extraction and packaging. In 2020 alone, about one billion liters of mineral water have been imported into Germany. As a rule, these bottles require above-average transport distances. That's why the climate impact of mineral water in Germany is almost 600 times higher than that of tap water. For example, in 2019 in Berlin, 105.000 tons of CO2 due to mineral water consumption. If only tap water would be drunk there, this would be only 175 tons of CO2. In the case of a nationwide CO2 saving by switching from mineral water to tap water, the saving would be as high as one and a half times the domestic German air traffic (before Corona) per year.

Where to have drinking water tested?

An Internet list of the NRW State Office for Nature, Environment and Consumer Protection lists laboratories that carry out serious tests of drinking water. However, not all of the laboratories listed offer analysis for end users. Therefore it is best to inform yourself by telephone. It is also useful to compare prices.