In the Corona pandemic, there is a lot of talk about the situation in hospitals and the additional workload for nurses. Nevertheless, young people still make a conscious decision to start training in this very field. On the occasion of the International Day of Nursing, SWR Aktuell asked: What inspires and moves them??

Why young people go into nursing

Cindy Molter started her generalist training at the Daun nursing school in August 2020 – by then the Corona pandemic was already in full swing. This has not deterred the young woman from her career aspirations: "I did an internship before Corona and it was clear to me on the first day that I really wanted to do this job, says Molter, who is currently working on a hospital ward. She was also aware of the difficult situation at the beginning of the training: "But that wasn't the deciding factor for me, because the people who are dependent on nursing care are of course still there in the same way."

Carmen Reichelt, who attends the same class in Daun, currently works in a home for the elderly in Zell and once again emphasizes the role that nurses play, especially during the pandemic: "Because basically, we nurses are not only nurses for them, but also family – and are there for them practically around the clock." The emotional stress and components are a decisive aspect of the profession.

Those who decide to train in nursing not only gain practical experience, but also have to go to school. But with the onset of the Corona pandemic, the training had to be changed, also at the Nardini nursing school in Landau. Julia Heydecke is in her third year of training. "The distance learning with eight hours on the laptop is difficult", she says. "I miss the separation between work and private life."

There are a total of 71 nursing schools in Rhineland-Palatinate. Two of them were interviewed by SWR Aktuell. year on 1. August currently up to 64 prospective nurses. Training nurses. August currently up to 64 prospective nurses. Nurses are trained. In addition, there are places for nursing assistants. The school was founded by the Sisters of St. Catherine as early as 1952. She works with more than 60 companies in the Eifel-Mosel region.

At the Nardini Nursing School In the Vinzentius Hospital in Landau, 35 training places are available for each year group, including the possibility of specializing in pediatric nursing. Nurses have been trained here since 1957. The next training class starts on 1. September.

Monika Vogler, head of the Nardini nursing school, describes distance learning as a "challenge" for the trainees: "Not only in terms of how the workday is organized, but also because not everyone has very good digital devices at the moment." Since the end of 2020, however, this has improved. "The feedback from the trainees encouraged us to continue on the path and try out new things. The planning of practical training was characterized by constant changes due to the prevention of assignments, which meant an immense additional workload." Her team has been under extreme prere since the beginning of the pandemic, she says.

At the nursing school in Daun, classes were divided up early: "We had hybrid classes right at the beginning, reports Cindy Molter. "Everything is digitalized, we work with e-books and an app." Whether something was lost in the training due to the more difficult conditions? "It's just more exhausting and a shame we can't practice together practically", finds Molter. But the current situation also makes those who are not yet independent, adds her colleague Carmen Reichelt. However, a major disadvantage in the practical part of the training is that currently the accompanying persons from school – i.e. teachers who support them – cannot come with them to the companies.

Highlighting positive facets of the profession

The two students in Daun cite their interest in working with people as a big motivation. In their view, however, the image of the profession is a problem: "Nurses don't grow on trees, notes Molter. "And it would be very important, especially now, to appeal to young people and make the profession a little more palatable to them." From the point of view of her trainer, Ursula Monzel-Asche, nursing would be "greatly helped", if the general conditions were to change – and not just the remuneration, but above all the personnel structure.

In an interview with SWR, principal Hermann-Josef Melchiors argues that the job description should be re-evaluated in some areas. "I see again and again that after the training the students can do much more than they are actually allowed to do in their daily lives. Many decisions that they could actually make on their own have to be made by a doctor." In other places you could use helping hands that don't necessarily have to have three years of training behind them "for example, serving meals in old people's homes".

Interest in demanding profession not broken

According to Melchiors, he cannot speak of a decline in interest in the profession. He sees the main problem in the fact that there are no internships for school leavers: "They are very convincing, because you are immediately involved." On the other hand, it is rare for a trainee to drop out because he or she doesn't like the job: "It's more a question of health, that the physical or psychological strain is too high."

"We are still in the training, but we see what the Examinierten achieve – and that is really a lot, especially on the Covid stations, there is simply times a 'thank you' appropriate ", says Cindy Molter. "We build up the patients, we talk to the patients, that's what you have to keep in mind. Not everyone can provide care." And Carmen Reichelt finds it "frightening that it was only during the pandemic that it became clear to everyone that there are nursing staff". Some trainees at the Nardini nursing school in Landau also share this view: "At the beginning, I thought there was a positive development, but today I don't see any real change", writes Silija Hause, who is about to take her final exams. "The working conditions have not changed and the appreciation by society is not really there. We partly feel like 'cannon fodder'."

For her principal Monika Vogler, appreciation is sometimes difficult to measure. pay is not everything, but rather good working conditions such as the reliability of the duty roster. "I notice that many no longer want to be employed full-time in order to have more free time. What I would also like to see is a positive report on the beautiful sides of the profession. Sometimes only the 'negative' is presented, but the valuable goes unmentioned." She has a clear wish for politicians: that the health care system is no longer subjected to profit optimization, but "is seen as the cornerstone of our society, which stands by people in matters of health and illness".

When it comes to an assessment for the future, the head of the Daun nursing school is rather cautious: "One hopes, of course, that sustainable changes will now occur", says Hermann-Josef Melchiors. "But with all hope – if one works long in the area, one hears so some speeches." The chances are to be seized thereby however also by the occupation members: "We must make actually also clear, what we need and what we want." For example, the nursing chamber in Rhineland-Palatinate is an important instrument that must make itself heard. "We also have the union, which we also expect to take very clear positions, for example, on wage settlements."

"Have to keep putting fingers in the wound"

Melchior's assessment is that many plans to improve the situation are failing because of the contractors and payers who manage the hospitals. There is a lack of guidelines. Binding rules. "You have to ask yourself on a political level: What kind of care do we want to afford? And then not to leave that on the economic basis to the individual carriers."

Nursing staff are called upon to "put their finger in the wound again and again, otherwise we are quickly forgotten". He himself completed three courses of study after his nursing training, but says: "The most important thing for me as a person and for my professional career was the profession of nurse."

Threat of overload Intensive care unit in Wittlich at its limit

Doctors and nurses are at the breaking point because of Corona. The situation in the Wittlich hospital is also tense. Employees say they are at their limit. more.

It's an extreme strain – physically and mentally. And now Corona! Listening to this episode, you can understand why many intensive care nurses are looking for a new job. more.

A small clinic in oschelbronn offers what many other hospitals fail to provide: good care. Doctors, patients and the nurses themselves are enthusiastic. How is it possible? more. 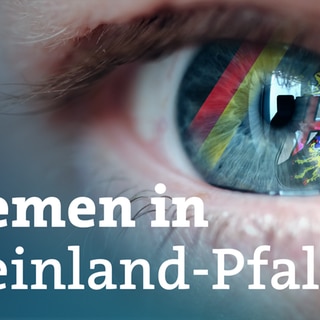 More to the topic in the SWR 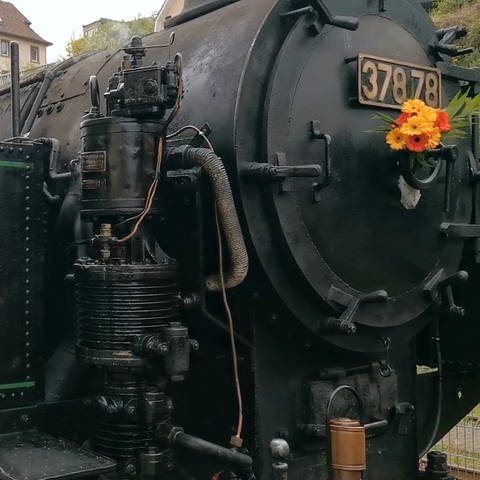 The Kuckucksbahnel museum train is back on the road for excursions to the Elmstein Valley. On 1. The new season began in May, with a new steam locomotive. more. 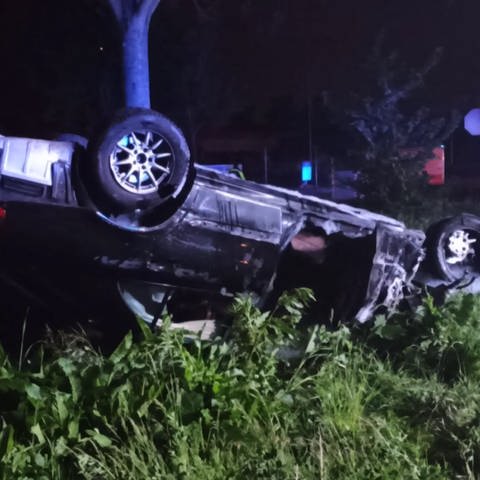 A 19-year-old driver crashed his car at the Mombach traffic circle in Mainz on Sunday night. Afterwards he fled on foot. The wagon burned out. more. 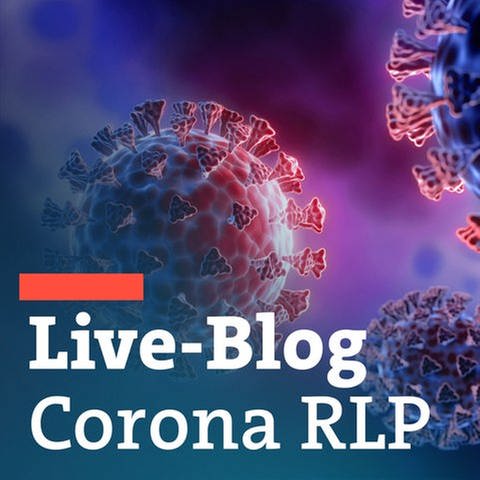 Corona rules, current figures and everything about vaccination: The most important developments on the coronavirus in Rhineland-Palatinate can be found here with us in the liveblog. more. 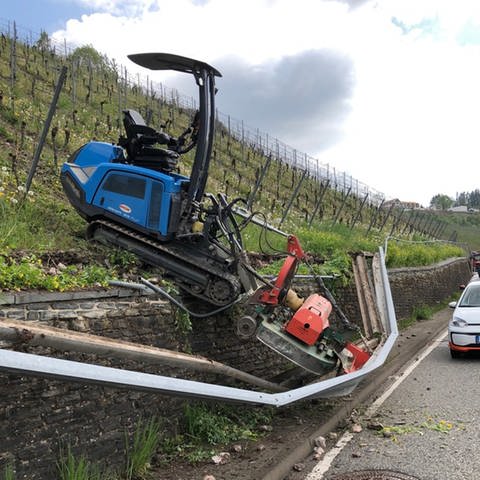 A man was seriously injured in an accident in a vineyard near Leiwen (Trier-Saarburg district) on Saturday. According to police, he crashed with a vineyard caterpillar. more. 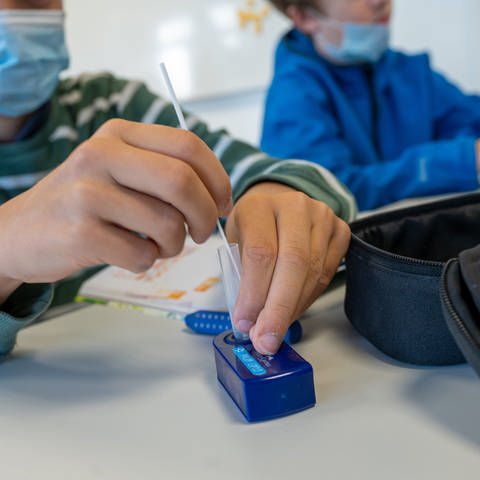 Relaxations from Monday No more Corona tests in schools

Rhineland-Palatinate schools will no longer be tested for coronavirus as of Monday. Infection numbers at schools had recently declined significantly.