This is how much sugar we can consume per dayThe evaluation of expert studies is clear enough to set a concrete upper limit for daily sugar consumption. Three professional societies have now agreed on this amount: a maximum of 50 grams daily is enough, according to the German Nutrition Society (DGE), the German Obesity Society (DAG) and the German Diabetes Society. 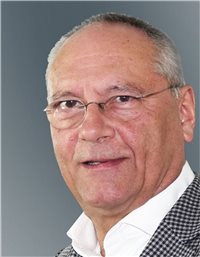 Specialist societies now consider the scientific studies to be sufficient to recommend specific upper limits for the average daily consumption of sugar: 50 grams.

Overweight and obesity are associated with a number of concomitant and secondary diseases, including type 2 diabetes mellitus, lipid metabolism disorders, cardiovascular diseases, cancer and degenerative joint diseases. The direct and indirect costs of illness are estimated at at least 13 billion euros. The three scientific associations put the direct costs of secondary diseases caused by high and frequent sugar intake at 8.6 billion euros for 2008.

The professional societies now consider the scientific studies to be sufficient to recommend specific upper limits for the average daily consumption of sugar: No more than ten percent of the daily calorie requirement of 2000 kilocalories on average should be consumed in the form of sugar; that is a maximum of 50 grams of total sugar in whatever form.

Currently, this limit is greatly exceeded by Germans on average. For women, actual consumption is 40 percent higher than this limit, and for men, 30 percent higher. The extent of overconsumption among children is particularly alarming. Adolescents: they consume 75 percent more sugar than recommended.

A large proportion of free sugar intake comes from confectionery (36 percent); also significant are fruit juices and nectars, which account for 26 percent of sugar intake, and soft drinks, which account for twelve percent. Germany is among the leaders in fruit juice consumption, with a per capita consumption of 32 liters per year . Together with other soft drinks (cola and lemonades, 116 liters per capita), consumption was as high as that of mineral water.

Children consume 75% too much sugar on average, and adults are also above the limit. For men it is 30 percent, for women 40 percent. A particular problem: sweetened soft drinks, because they do not cause satiety.

The particular problem of sugar-sweetened beverages: unlike solid sugary foods, they do not trigger a satiety effect. While sweet solid foods at least compensate for the intake of other caloric foods, the consumption of sweet beverages sets no such limits. Another problem: Sugar-sweetened foods and beverages provide too much energy on the one hand, but on the other hand contain little or no essential nutrients. Overnutrition is then joined by malnutrition.

"Due to the special role of sugar-sweetened beverages, their high per capita consumption in Germany, the high national prevalence for overweight and obesity, and the high associated disease burden, the DAG, DDG, and DGE endorse the evidence-based recommendation of the WHO from 2015. According to the paper, the intake of free sugars should not exceed ten percent of total energy," the consensus paper from the three scientific societies states.

This also includes naturally occurring sugar in honey, syrup and fruit juices. With an estimated average total energy intake of 2000 kilocalories per day, no more than 50 grams of sugar should be consumed daily.

The DGE recommends paying particular attention to the type of carbohydrates in an isocaloric diet: preference should be given to predominantly plant-based foods such as vegetables, fruits and whole grains, and processed foods should be consumed sparingly. The consumption of sugar-sweetened beverages should be avoided. Be replaced by water or unsweetened teas. Particularly important: Children should not be accustomed to a high sugar intake.

From the evidence-based findings, the professional societies deduce that health and nutrition policies previously limited to behavioral preventive measures "have not led to the desired reduction in overweight and obesity and associated diet-related diseases". Promising public health measures would therefore have to be aimed at ratio prevention. In an environment where there is unlimited access to adipogenic foods, it must be made easier for consumers to make health-promoting choices, it says.

Internationally, a number of nutritional public health measures have already been implemented to reduce sugar intake, he said.

These are important measures for sugar reduction

" Decision support measures: Simplified labeling of foods could help improve understanding of their quality, he said. Added value could also arise if companies see such labeling as an incentive to promote reformulation of food products. De facto, this is already being done by individual well-known manufacturers such as Danone and Iglo, which will adopt the French "Nutri-Core" traffic light system for Germany starting in 2019.

"Decision-guiding measures: Here, the professional societies call for a combination of the National Reduction and Innovation Strategy, which aims to reduce salt, fat and sugar by reformulating foods, with a guiding excise tax. In Portugal and the UK, this has led to rapid product adaptation, he said. According to a model calculation, a 40 percent reduction in sugar in sugar-sweetened beverages could lead to a reduction in calorie intake of 38 kilocalories and a weight loss of 1.2 kilograms after five years. In addition to reducing the sugar content, however, it is absolutely necessary to reduce the total energy of the food consumed if this strategy is not to fail. The efforts of large retailers such as Lidl and Rewe in particular, which systematically reduce the sugar content in their own brands, are cited as positive examples.

" Nudging: This is possible, for example, by cleverly placing healthy foods in canteens. But this would be even more crucial in the food retail sector.

" Taxation: The three professional societies call for a "healthy value-added tax" – 20 percent on sugar-sweetened beverages. According to model calculations, this could lead to a noticeable reduction in BMI, especially in problem groups such as low-income strata, but also among men between 20 and 29 years of age.