Red wine as an elixir of health? 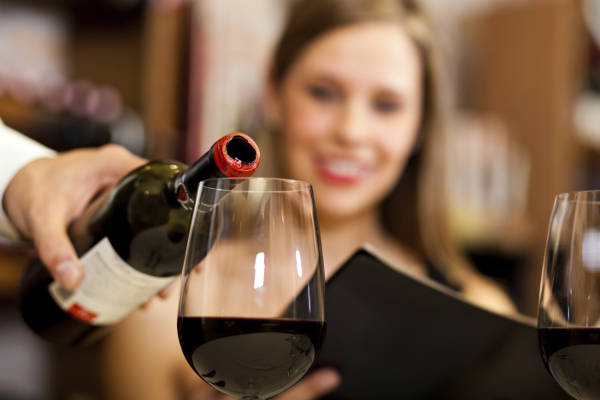 The French love tobacco, fatty foods and alcohol – a mixture that makes any doctor cringe. Still, fewer people die of heart attacks in France than the widespread unhealthy lifestyle would suggest [7]. Scientists speak of the French paradox, and they also have a suspicion as to why this is so. France is a red wine country, and it is this alcoholic beverage that is said to protect against cardiovascular diseases such as heart attacks, at least when consumed in moderation.

In fact, red wine contains certain substances that researchers say have a vasoprotective effect, at least in animal studies. However, conclusive studies in humans are lacking so far [7].

In previous studies, the authors only looked at the effect of moderate beer, wine and spirits consumption. However, they usually did not distinguish between white and red wine [1] [2] [3]. The fact that red wine is particularly good at protecting against cardiovascular disease cannot therefore be proven.

However, the summarized results of previous studies suggest that moderate consumption of any alcoholic beverages could be good for your health. For example, people who consume small amounts of alcohol daily appear to have a lower cardiovascular risk and live slightly longer than strict non-drinkers [1] [2] [3] [4]. However, this protective effect is controversial among scientists and not well established [5].

If alcohol really does have a health-promoting effect, there may be no difference between moderate consumption of beer, wine and possibly even spirits. [1] [2] [3]. Accordingly, study participants who consume up to one alcoholic drink per day seem to live longer on average than strict non-drinkers. One drink corresponds approximately to a small beer (0.3 liters), an eighth of wine or 4 cl of schnapps. According to the authors of a systematic review published in 2012 [4], one alcoholic drink per day seems to be the most beneficial for heart health in women. For men, according to their results, it should be up to two drinks a day.

One problem is that the authors of many studies compare moderate alcohol drinkers with people who have only been abstinent for some time but were previously very likely to drink alcohol. However, scientists repeatedly observe that as people age – for health reasons, for example, and because they have to take medication – they drink less and less alcohol, and some even stop drinking altogether. Compared with them, people who drink alcohol occasionally appear healthier than they would be compared with lifelong abstinent study participants [5].

The authors of the systematic review published in 2012 [4] took this criticism to heart. They therefore analyzed only those studies in which low drinkers were compared with people who had lived abstinently since their youth. Their findings seem to confirm the protective effect of alcohol in principle: Participants who consumed one drink a day (up to two for men) died less frequently from heart disease. However, the researchers did not investigate whether the participants had died earlier from other conditions, such as strokes or cancers, than strict nondrinkers.

It's all a question of dose

A recent systematic review by a team of Chinese researchers came to a similar conclusion. They looked at data from nearly 400.000 subjects [6]. The result: for a moderate dose of eight to ten grams of pure alcohol per day, total mortality were. The risk of cardiovascular disease lower than in non-drinkers or infrequent drinkers. As in other studies, this is equivalent to about one glass of wine or nearly 300 milliliters of beer per day. In the review, however, the researchers only looked at study data from people with hypertension – it could well be that the results would have been different for perfectly healthy people.

Significance of the studies is limited

Even though people who have a glass of wine or beer every day live longer and healthier lives, that doesn't necessarily mean the alcoholic beverages are responsible for it. However, the authors of previous studies on this question have tried to rule out many other reasons such as healthy lifestyle, other diseases and heredity. So also with the overview work of the Chinese scientists. In addition, one problem is that study participants had to self-report the daily amount of alcohol they drank – the authors of the review suggest that women in particular may have fibbed here[6].

Short-term studies in which investigators allowed some participants to drink alcohol and then compared them to abstinent participants seem to support the possible health-promoting effect. After just a few weeks of moderate alcohol consumption, blood levels of good HDL cholesterol improved, as did two other blood levels (adiponectin and fibrin) [1]. Whether these trial participants got less cardiovascular disease cannot be said because of the short duration of the study, although improved levels are usually associated with fewer heart attacks, strokes, or similar diseases.

In any case, more and more rigid studies are needed to clarify whether small amounts of alcohol are actually beneficial to health.

Too much alcohol has the opposite effect

Participants in long-term observational studies who consumed significantly more than one alcoholic drink per day were more likely to die prematurely from cardiovascular and other diseases than infrequent and nondrinkers [2] [6]. This also corresponds to the medical knowledge to date. Finally, it is known that alcohol in larger quantities damages organs and increases the risk of cancer as well as heart attacks and the like. In addition, high alcohol consumption also leads to psychological and social problems [7]. Those who drink an average of 60 grams of alcohol or more per day already have a 30 percent increased risk of death, according to the authors of a previously mentioned systematic review [2]. 60 grams of alcohol correspond on average to the amount of three large beers or three quarters of a liter of wine.

Risk to the body

However, the limit for health hazards is much lower. For women and people over 65, the U.S. National Institute on Alcohol Abuse and Alcoholism defines an amount of more than 84 grams of pure alcohol per week as already problematic. Thus, more than seven small beers (0.3 liters) or seven eighths of wine per week should be avoided. For men under 65, twice the amount per week is considered just tolerable. Thus, these limits are consistent with study results (one drink per day for women, and up to two per day for men). However, it is also important not to drink more than three small beers or. Eighths of wine (four for men) to be drunk on a single day [8]. However, these values primarily relate to the physical effects of regular alcohol consumption, rather than the risk of addiction or social and psychological consequences.

Information on the scientific studies